Flow chart a diagram is use to graphically represent program logic, algorithm and workflow model because A picture is worth a thousand words. Flow chart is easy way to write down programming logic using various symbols which help programming easily convert these symbols of logic into its equivalent code in any language. Flow chart decreases software development process.

The first structured method for document process flow, the "flow process chart", was introduced by Frank and Lillian Gilbreth to members of the American Society of Mechanical Engineers (ASME) in 1921 in the presentation "Process Charts: First Steps in Finding the One Best Way to do Work". The Gilbreths' tools quickly found their way into industrial engineering curricula. In the early 1930s, an industrial engineer, Allan H. Mogensen began training business people in the use of some of the tools of industrial engineering at his Work Simplification Conferences in Lake Placid, New York.

An arrow coming from one symbol and ending at another symbol represents that control passes to the symbol the arrow points to. The line for the arrow can be solid or dashed. The meaning of the arrow with dashed line may differ from one flowchart to another and can be defined in the legend.
This rectangle represents process like assignment, equation, save changes, add, and subtract expression or any other processing statement. 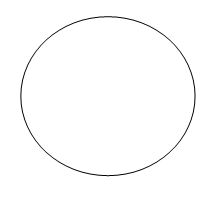 Generally represented with a circle, showing where multiple control flows converge in a single exit flow. It will have more than one arrow coming into it, but only one going out.

Represented as a hexagon. May also be called initialization. Shows operations which have no effect other than preparing a value for a subsequent conditional or decision step. Alternatively, this shape is used to replace the Decision Shape in the case of conditional looping.

Represented as a home plate-shaped pentagon. Similar to the on-page connector except allows for placing a connector that connects to another page.

Next Chapter
Posted by Raj Kumar at Friday, October 14, 2016