Computers differ based on their data processing abilities. They are classified according to purpose, data handling and functionality.

They have the ability to store numerous programs, but lack in speed and efficiency. Specific purpose computers are designed to handle a specific problem or to perform a specific task. A set of instructions is built into the machine.

According to data handling, computers are analog, digital or hybrid. Analog computers work on the principle of measuring, in which the measurements obtained are translated into data. Modern analog computers usually employ electrical parameters, such as voltages, resistances or currents, to represent the quantities being manipulated. Such computers do not deal directly with the numbers. They measure continuous physical magnitudes. Digital computers are those that operate with information, numerical or otherwise, represented in a digital form. Such computers process data into a digital value (in 0s and 1s). They give the results with more accuracy and at a faster rate. Hybrid computers incorporate the measuring feature of an analog computer and counting feature of a digital computer. For computational purposes, these computers use analog components and for storage, digital memories are used.


According to functionality, computers are classified as :

There is much technical logic to make captcha I am not expert and deep technical but I have tricks that make me able to make captcha. My logic is simple; Make some static image with alphanumeric character. You can change the text shape using photoshop. After creating image add image text into database with an id, generate random number and match it with database id field then fetch image text value and matched its value form user value provide by text box. Following images and code are example of my logic. Enjoy it ! 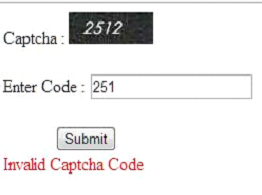 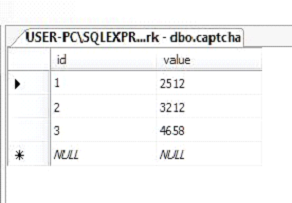