1. When data and acknowledgement are sent in the same frame, this is called as
(A) Piggy packing
(B) Piggy backing
(C) Back packing
(D) Good packing
Answer B
Explanation :-
he usual purpose of piggybacking is simply to gain free network access rather than any malicious intent, but it can slow down data transfer for legitimate users of the network. Furthermore, a network that is vulnerable to piggybacking for network access is equally vulnerable when the purpose is data theft, dissemination of viruses, or some other illicit activity.


It's quite simple to access an unsecured wireless network: All you have to do is get into the range of a Wi-Fi hotspot's signal and select your chosen network from the options presented. However, unauthorized network access, even to free Wi-Fi, may be illegal. People have been fined for accessing hot spots from outside businesses, such as coffee shops, that provide free Wi-Fi for customers' use. (http://whatis.techtarget.com/)

Very low frequency or VLF is the ITU designation[1] for radio frequencies (RF) in the range of 3 kHz to 30 kHz and corresponding wavelengths from 100 to 10 kilometres, respectively. The band is also known as the myriametre band or myriametre wave as the wavelengths range from one to ten myriametres (an obsolete metric unit equal to 10 kilometres). Due to its limited bandwidth, audio (voice) transmission is highly impractical in this band, and therefore only low data rate coded signals are used. The VLF band is used for a few radio navigation services, government time radio stations (broadcasting time signals to set radio clocks) and for secure military communication. Since VLF waves can penetrate at least 40 meters (120 ft) into saltwater, they are used for military communication with submarines.

Any signals going from a satellite to the ground (or vice versa) must pass through the ionosphere. Since the ionosphere (especially the lower part) is rapidly changing, especially at night. ELF/VLF waves give us the only reliable and continuous means of monitoring the lower ionosphere, and thereby, inferring communications outages. For instance, we can monitor ionospheric communication outages from gamma ray bursts from outer space.(http://vlf.stanford.edu/) 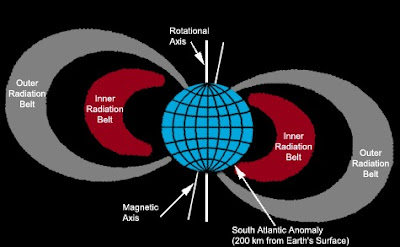 In some digital systems, it is necessary for a single TTL logic gate to drive several devices with fan-in numbers greater than 1. If the total number of inputs a transistor-transistor logic (TTL) device must drive is greater than 10, a device called a buffer can be used between the TTL gate output and the inputs of the devices it must drive. A logical inverter (also called a NOT gate) can serve this function in most digital circuits.

Fan-out
Fan-out is a term that defines the maximum number of digital inputs that the output of a single logic gate can feed. Most transistor-transistor logic ( TTL ) gates can feed up to 10 other digital gates or devices. Thus, a typical TTL gate has a fan-out of 10.

In some digital systems, it is necessary for a single TTL logic gate to drive more than 10 other gates or devices. When this is the case, a device called a buffer can be used between the TTL gate and the multiple devices it must drive. A buffer of this type has a fan-out of 25 to 30. A logical inverter (also called a NOT gate) can serve this function in most digital circuits.(http://whatis.techtarget.com/)

7. The relationship of data elements in a module is called
(A) Coupling
(B) Modularity
(C) Cohesion
(D) Granularity
Answer C
Explanation :-
http://girfahelp.blogspot.in/2016/05/difference-between-coupling-and-cohesion.html

Requirement Engineering Process
It is a four step process, which includes –
10. Testing of software with actual data and in actual environment is called
(A) Alpha testing
(B) Beta testing
(C) Regression testing
(D) None of the above
Answer A
Explanation :-
Alpha testing is a type of acceptance testing; performed to identify all possible issues/bugs before releasing the product to everyday users or public.  The focus of this testing is to simulate real users by using blackbox and whitebox techniques. The aim is to carry out the tasks that a typical user might perform. Alpha testing is carried out in a lab environment and usually the testers are internal employees of the organization. To put it as simple as possible, this kind of testing is called alpha only because it is done early on, near the end of the development of the software, and before beta testing.

Regression testing is the process of testing changes to computer programs to make sure that the older programming still works with the new changes. Regression testing is a normal part of the program development process and, in larger companies, is done by code testing specialists. Test department coders develop code test scenarios and exercises that will test new units of code after they have been written. These test cases form what becomes the test bucket. Before a new version of a software product is released, the old test cases are run against the new version to make sure that all the old capabilities still work. The reason they might not work is because changing or adding new code to a program can easily introduce errors into code that is not intended to be changed.

Changes may include software enhancements, patches, configuration changes, etc. During regression testing, new software bugs or regressions may be uncovered. Sometimes a software change impact analysis is performed to determine what areas could be affected by the proposed changes. These areas may include functional and non-functional areas of the system.