The cathode ray tube (CRT) is a vacuum tube containing an electron gun (a source of electrons or electron emitter) and a fluorescent screen used to view images. It has a means to accelerate and deflect the electron beam(s) onto the fluorescent screen to create the images. The image may represent electrical waveforms (oscilloscope), pictures (television, computer monitor), radar targets and others. CRTs have also been used as memory devices, in which case the visible light emitted from the fluoresecent material (if any) is not intended to have significant meaning to a visual observer (though the visible pattern on the tube face may cryptically represent the stored data)

LCDs are available to display arbitrary images (as in a general-purpose computer display) or fixed images which can be displayed or hidden, such as preset words, digits, and 7-segment displays as in a digital clock. They use the same basic technology, except that arbitrary images are made up of a large number of small pixels, while other displays have larger elements.

An LED (Light-emitting diode) monitor is basically the new version of the LCD monitor that you connect to your computer. LCD monitors used to be lit primarily with CCFL backlights which contain mercury. LED backlighting is generally thought to be better for the environment since it contains no mercury and uses less power than a CCFL system.

There are a few other advantages to an LED monitor. One is that the screen gets brighter faster. A CCFL light has to heat up for a few seconds before it reaches full brightness. This isn't a big deal but it's nice to have.


Another advantage of an LED monitor is that the lighting distribution is more even. Since it is lit with many small LEDs rather than one big light source it will generally have less dark or light spots.


You will find LED technology in fancy new LCD TVs that are on the market today. The same technology is available in computer monitors and there are many options available.

Difference between TFT and LCD


These days, TFT has been used not only for TVs and computer monitors, but also for mobile phone devices, navigation systems, projectors and other personal devices such as mp3 players.

Refers to a class of printers that work by banging a head or needle against an ink ribbon to make a mark on the paper. This includes dot-matrix printers,daisy-wheel printers, and line printers. In contrast, laser and ink-jet printersare nonimpact printers. The distinction is important because impact printers tend to be considerably noisier than nonimpact printers but are useful for multipart forms such as invoices.

Alternatively referred to as a pin printer, Dot matrix printers were first introduced by Centronicsin 1970 and is a printer that uses print heads to shoot ink or strike an ink ribbon to place hundreds to thousands of little dots to form text or images. Today, Dot matrix printers are rarely used or found because of the low quality 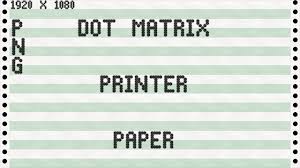 speed: Given in characters per second (cps),the speed can vary from about 50 to over 500 cps. Most dot-matrix printers offer different speeds depending on the quality of print desired.

print quality: Determined by the number of pins (the mechanisms that print the dots), it can vary from 9 to 24. The best dot-matrix printers (24 pins) can produce near letter-quality type, although you can still see a difference if you look closely.

Printer that stores individual characters when needed to print. A character printer will print one character at a time instead of one line at a time. Today, these printers are rarely used because of speed issues and because only text is capable of being printed. 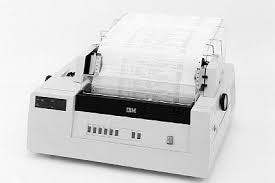 The line printer is an impact printer in which one line of text is printed at a time. They are mostly associated with unit record equipment and the early days of digital computing, but the technology is still in use. Print speeds of 600 lines-per-minute (approximately 10 pages per minute) were achieved in the 1950s, later increasing to as much as 1200 lpm. Line printers print a complete line at a time and have speeds in the range of 150 to 2500 lines per minute. The different types of line printers are drum printers and chain printers.

A type of printer that does not operate by striking a head against a ribbon. Examples of nonimpact printers include laser and ink-jet printers. The termnonimpact is important primarily in that it distinguishes quiet printers from noisy (impact) printers.

Laser printing is a digital printing process that rapidly produces high quality text and graphics on plain paper. As with digital photocopiers and multifunction printers (MFPs), laser printers employ a xerographicprinting process, but differ from analog photocopiers in that the image is produced by the direct scanning of alaser beam across the printer's photoreceptor.

A type of printer that works by spraying ionized ink at a sheet of paper. Magnetized plates in the ink's path direct the ink onto the paper in the desired shapes. Ink-jet printers are capable of producing high quality print approaching that produced by laser printers. A typical ink-jet printer provides a resolution of 300 dots per inch, although some newer models offer higher resolutions.

AMOLED (active-matrix organic light-emitting diode) is a display technology in mobile devices and television. OLED describes a specific type of thin-film-display technology in which organic compounds form the electroluminescent material, and active matrix refers to the technology behind the addressing of pixels.The main advantage of the ambled display that it is flexible as appear in picture 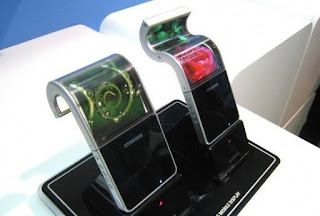 Holographic display is new technology used in computer science and many entertainment fields.
There is not any need of physical surface for display picture. Its shows picture in air so no need to any physical screen. 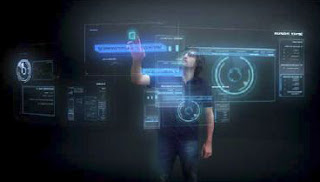 Often no larger than a toaster and only weighing a few pounds, a projector is an output device that can take images generated by a computer and reproduce them on a large, flat (usually lightly colored) surface. For example, projectors are used in meetings to help ensure that all participants can view the information being presented. 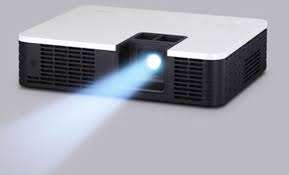 Speech synthesis is the artificial production of human speech. A computer system used for this purpose is called a speech synthesizer, and can be implemented in software or hardware products. A text-to-speech (TTS) system converts normal language text into speech; other systems render symbolic linguistic representations like phonetic transcriptions into speech.

Synthesized speech can be created by concatenating pieces of recorded speech that are stored in a database. Systems differ in the size of the stored speech units; a system that stores phones or diphones provides the largest output range, but may lack clarity. For specific usage domains, the storage of entire words or sentences allows for high-quality output. Alternatively, a synthesizer can incorporate a model of the vocal tract and other human voice characteristics to create a completely "synthetic" voice output. 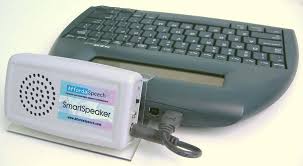 Speakers are popular output devices used with computer systems. They receive audio input from the computer's sound card and produce audio output in the form of sound waves. Most computer speakers are active speakers, meaning they have an internal amplifier which allows you to increase the volume, or amplitude, of the sound. Speakers usually come in pairs, which allows them to produce stereo sound from two separate audio channels.