In computing, an input device is any peripheral (piece of computer hardware equipment) used to provide data and control signals to an information processing system such as a computer or other information appliance. Examples of input devices include keyboards, mice, scanners, digital cameras and joysticks.
Input Devices Before computers, the phrase "input device" probably was not on the tip of anyone's tongue. It has a dry and impersonal sound, sorta technical - rather like computer talk, don't you think? The phrase is easy to define because a "device" is an instrument that performs a simple task. "Input" is also easy - something put into a system. So in the technology world...
an input device is any tool that feeds data into a computer. For example, a keyboard is an input device, whereas a display monitor is an output device. Mice, trackballs, and light pens are all input devices. Isn't it amusing that under the dry title of "input devices," we get such fun words as mice, joystick, trackball, touch pad, light pen, and puck?

The input of information into your computer is generally done through your keyboard and your mouse or mouse substitute. The keyboard has the distinction of being the standard input device.
The variety of keyboards is almost staggering. No one has to stick with the standard keyboard that comes with the computer. Ergonomically designed keyboards often have unusual sculpted or contoured shapes and a space age look. These keyboards are designed to help avoid repetitive stress injury to the wrists. Some of these keyboards come with foot pedals to spread the work to other limbs. Some keyboards are even designed to take advantage of the strength in the thumbs.
Other keyboards come with extra large keys to help users with sight or hand coordination problems. Wireless keyboards can offer the freedom from being tethered to the computer. In keyboards, if you shop around, you will find that there really is something for everyone.
Your choice of keyboard, like your choice of any input device, is a very personal matter. If only we could test each type of keyboard or mouse for an extended period of time before buying one, but that just doesn't happen in today's marketplace. Computer users should research the many different products offered. Make sure you know if and how you can customize the input device for your own use. Only you can decide which kind of device is most comfortable for you. And that applies to all input devices.

The mouse is recognized as one of the great breakthroughs in computer ergonomics because it frees the user from having to exclusively use the keyboard. If you think the variety of keyboards is staggering, then you will think the variety of mice has reached the epidemic stage. This clever little device that controls the movement of the cursor or pointer on a display screen was named for its shape, which looks a bit like a mouse. The connecting wire can be viewed as the mouse's tail, and mice certainly scurry along a surface, don't they? Mice contain at least one button and sometimes as many as three, which can be programmed for different functions. A popular type of mouse has a wheel between two of the buttons that can be used to easily scroll through long documents. This wheel can add ease of use to your computing as well as Web browsing.
Mice come in three basic types: mechanical, optomechanical, and optical. The basic design is the mechanical mouse with a rubber or metal ball on its underside that rolls in all directions. The cursor on the screen is moved as the mechanical sensors within the mouse detect the rolling ball's direction. The optomechanical mouse uses optical sensors to detect motion of the ball. The fully optical mouse uses lasers to detect the mouse's movement. Optical mice have no mechanical moving parts, and no mouse pads are required. Optical models are the fastest and most precise mice. Most have a wonderful red glow on the bottom giving the mouse a subtle high tech look. Another design breakthrough in mice is the cordless mouse, which no longer has to be physically connected to the computer. Infrared or radio waves allow this little rodent to communicate with the computer. Both optical and cordless mice are more expensive than other mice, but you may find them a worthy investment. 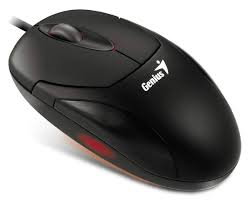 Computer mice are wonderful little creatures, but there are also many mouse substitutes. These devices perform the same functions of the mouse, but in different ways. Here are a few examples:

Trackball are a mouse variation, essentially a mouse lying on its back. Because the device is stationary, it does not require as much space on your desktop. The ball moves as you rotate it with your thumb, your fingers, or the palm of your hand; this saves wrist fatigue and reduces hand and arm movement. Trackballs are especially popular with those experiencing problems with arthritic hands. Trackballs come in various sizes and shapes. 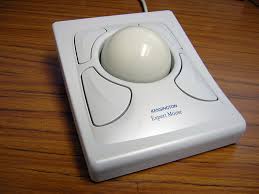 let you move the pointer and select items on the display screen by directly pointing to the objects on the screen with the pen. 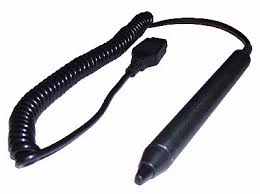 allow you to use your finger to touch the screen and choose objects. A special computer monitor or a monitor fitted with special hardware is necessary to provide touch screen capabilities.
Portable units such as laptops and notebook computers introduced us to Pointing Sticks and Touch 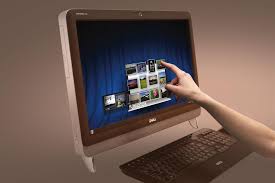 Pointing sticks are the short red sticks that are positioned in the middle of the keyboard on some laptop computers. These devices are pressure-and-direction sensitive, so the cursor moves in the direction that the pointer is pressed; the cursor moves faster when more pressure is applied. Touch pads can be found in both laptops and desktop computers. They can also be purchased as an add-on device that plugs into the computer like a mouse. By moving and tapping your finger on the pad, you can relocate the pointer on the display screen and simulate a mouse click. Touch pads can be valuable for computer users dealing with hand coordination problems.
If you use a digitizing tablet, you know what a Puck is. It is the pointing device that lets you enter drawings and sketches into your computer. The puck has a window with cross hairs for pinpoint placement; it can have as many as sixteen buttons. Along the same line is a Graphic Tablet or 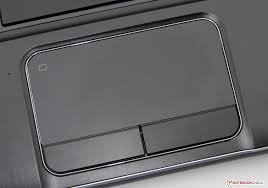 . These digitizers or graphic tablets are pressure-sensitive data input devices that respond to a user's movement of a pen, mouse, or other device to select a graphic image. These are most often used for complex drawing and computer-aided design programs.
Believe it or not, a 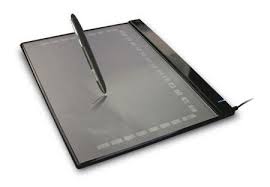 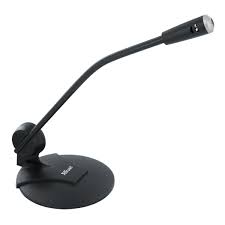 Devices for the Handicapped

Many special devices have been created to assist the handicapped, including Braille keyboards and long pointing sticks. These unique devices further customize the method of inputting information into the computer, adapting to the needs of those with physical restrictions. 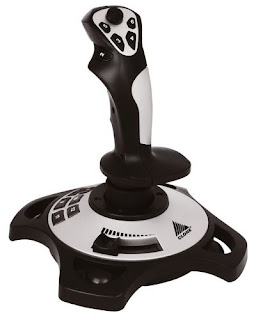 A lever that moves in all directions and controls the movement of a pointer is called a Joystick. With a joystick, the pointer continues to move in the direction the stick is pointing. Return the joystick to its upright position and the movement stops. Most joysticks have two buttons or triggers that come in handy for computer games, the most popular use of joysticks. Joysticks are not mouse substitutes but rather add gaming functionality to the computer.


Magnetic Ink Character Recognition is a character recognition system that uses special ink and characters. When a document that contains this ink needs to be read, it passes through a machine, which magnetizes the ink and then translates the magnetic information into characters. 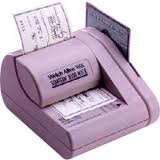 Optical character recognition (OCR) is the mechanical or electronic conversion of images of typewritten or printed text into machine-encoded text. It is widely used as a form of data entry from printed paper data records, whether passport documents, invoices, bank statements, computerized receipts, business cards, mail, printouts of static-data, or any suitable documentation. It is a common method of digitizing printed texts so that it can be electronically edited, searched, stored more compactly, displayed on-line, and used in machine processes such as machine translation, text-to-speech, key data and text mining. OCR is a field of research in pattern recognition, artificial intelligence and computer vision.

Optical Mark Reading or Optical Mark Readers,OMR is a system that gathers information by using a hardware device that detects a reflection or an absence of reflection from a card or piece of paper. OMR enables the processing of hundreds or thousands of documents every hour automatically.

OMR processing is popular for tests, where students receive a special card containing several empty circles and a packet that contains the questions and possible answers to each of the questions. The student must complete the test by using a pencil to fill in each blank circle with what he or she believes is the correct answer. For example, if the answer is "B", the student would have to fill in the "B Circle" in order to get the answer correct. 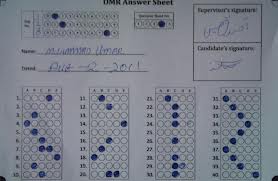 as an input device? Well, it is. A digital camera stores images digitally rather than recording them on film. Once a picture has been taken, it can be input or downloaded to your computer where it is stored for later use. The concept is the same whether you take a film photo and then use your scanner as an input device or take a photo with your digital camera and use the camera itself as an input device. In both cases, the image is input into the computer. 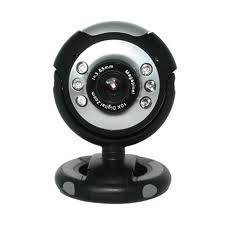 Many of the useful and fun devices on the market today come with their own software, which can be as important as the hardware when deciding what works for you. Use the software to customize your input device by changing the tracking and double-click speed. Customization adds enormous functionality, can enhance your productivity, and can give you added comfort. Most devices with more than one button will let you assign functions beyond a simple click.

The Power of the Mind

When you stop to think about it, there is a proliferation of input devices. And the world of technology is not finished yet. Did you know researchers at Brown University have successfully harnessed the power of a monkey's brain to control the movement of a cursor on a computer screen? Perfecting the link between mind and computers may enable those who cannot move or speak to communicate with the world. The thought-control concept is now poised to open the world to thousands who are trapped or limited by their own bodies. Such a successful experiment could pave the way to a future when the paralyzed may communicate, send e-mail, write letters, surf the Web, and command computer resources simply by thinking about them. That's the ultimate in input devices.
Mouse,Keyboard & Joystick. :)